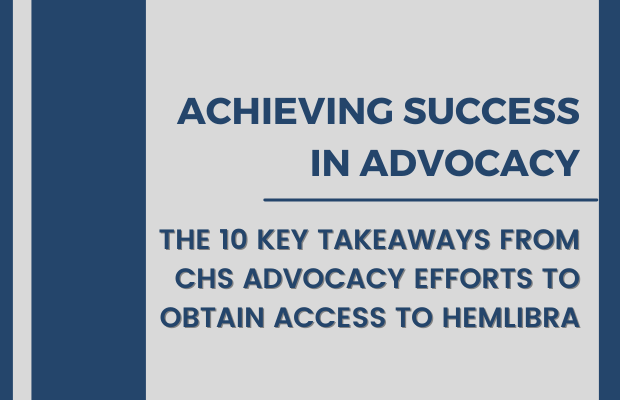 The Canadian Hemophilia Society (CHS), its chapters and members have expended great efforts to advocate for funding for emicizumab (Hemlibra) in recent years. These efforts were successful in achieving access for those …

It is important to look back and identify the reasons why the CHS was successful, despite the very challenging context of a global pandemic in 2020 and 2021. There will almost certainly be other advances in coagulation products in the coming years. Knowing the recipe for success will serve as a guide for future advocacy efforts.

What were the 10 keys to success?

While success may not always come quickly and easily, if these ten strategies are put into play, there is a strong likelihood it will come in the end.