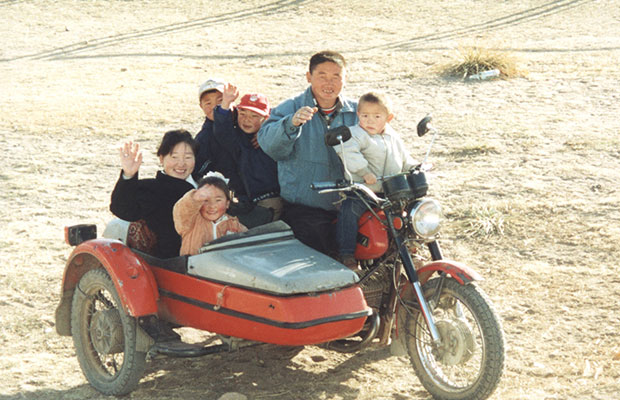 I have had the opportunity to be personally involved in several twinning partnerships, beginning back in 2001 with a twinning between Hemophilia Saskatchewan and the Mongolian National Association of Hemophilia. In October of 2001, Faye Katzman, Dr. Sheila Harding and I flew to Ulaanbaatar, Mongolia, to conduct an assessment visit to determine if our twinning would be a good one.

To save on expenses, we were housed by our Mongolian friends in their apartment. The mom and her six-year-old son with hemophilia vacated the apartment, staying with another family, to give us privacy. As we settled in, we opened the refrigerator to store some of our supplies and discovered a half-used vial of reconstituted factor VIII concentrate. It was shocking to realize that factor products were so rare that, rather than infuse the full amount to stop a bleed, only half was used so that the other half could be saved for the next bleed. Immediately I was overwhelmed by my own privilege. My own son, who was 12 years old at that time, had never had to go without his needed factor VIII.

This was just the first of a series of realities that we were exposed to which for me were shocking and angering, but also transformational. We witnessed the lab at the hospital performing procedures with rudimentary equipment while other equipment in disrepair lined the hallways because their donors had not supplied the follow-up resources needed to maintain the donated equipment. We visited a tertiary care facility where electricity was not a constant; cold storage was in the ground and pairs of rooms shared fireplaces for heat – it is worthy to note that -35oC temperatures aren’t unusual for Mongolian winters.

While in Mörön, the capital of the northern province of Khövsgöl, where we visited a secondary care facility, a family of six travelled several hours via motorcycle and side-car after hearing that we were there to help people with hemophilia. They were such friendly and positive people, but my heart broke for them as they began their trek back as we were able to offer them so very little more than they already had for their family member with hemophilia. Day after day, I was confronted with the inequities of care.

Today, the Mongolian National Association of Hemophilia has come a long way at least in small part through the investment of our twinning. That six-year-old boy in whose apartment we stayed, whose future when we visited was in doubt, is today living productively in spite of his severe FVIII deficiency. But the injustice of the inequities I witnessed back in those days lit a fire inside of me. Since then, I’ve had the privilege of being involved in twinnings with South Africa, Bangladesh and now the Philippines. In each of these places, the inequity of care is clearly evident. But having seen what we were able to contribute through our twinning partnerships also inspires hope that we can bring positive change.

Ever since my wife Marion and I volunteered at our first WFH World Congress in Montreal in 2000, seeing firsthand the pain and suffering of people with bleeding disorders from around the world, we’ve looked for opportunities to somehow address the inequities that exist in our global bleeding disorder family. As the Canadian Hemophilia Society, with the privilege of care we experience, we have a moral and ethical obligation to help other members of the global bleeding disorder family strive to achieve the standards of health and quality of life that we now almost take for granted. In fact, this can be one of the other sides of a twinning partnership, helping our own bleeding disorder family wake up to these inequities and become active volunteers, to help achieve even better care here in Canada, and empower our brothers and sisters in our global community to be successful in achieving improved treatment and care where they live as well.