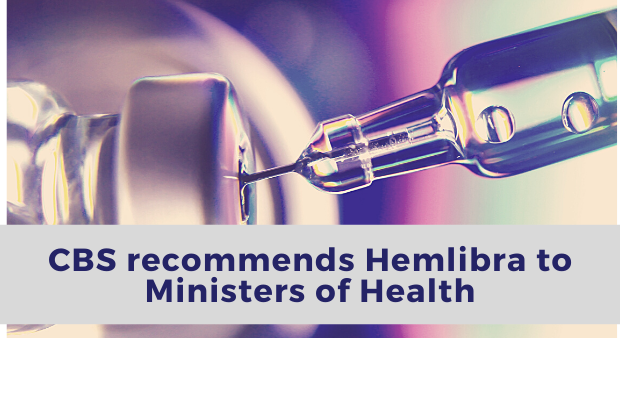 On May 25, 2021, Canadian Blood Services (CBS) released its recommendation on emicizumab (Hemlibra) to the provincial/territorial Ministers of Health. CBS recommends that emicizumab be listed on its formulary for patients with severe hemophilia A (FVIII level < 1%) who are candidates for routine prophylaxis to prevent bleeding or reduce the frequency of bleeding episodes. This recommendation is in alignment with the December 23, 2020 recommendation from the Canadian Agency for Drugs and Technologies in Health (CADTH) and advice from the CHS and AHCDC.

The final decision rests with the provincial/territorial governments (except Quebec). A similar recommendation is awaiting a decision from the Quebec Minister of Health and Social Services. No timelines for these decisions have been announced. In the meantime, Hemlibra remains available only to patients with inhibitors to FVIII. The CHS requests that the community continue its efforts to urge governments to grant access to this innovative therapy.