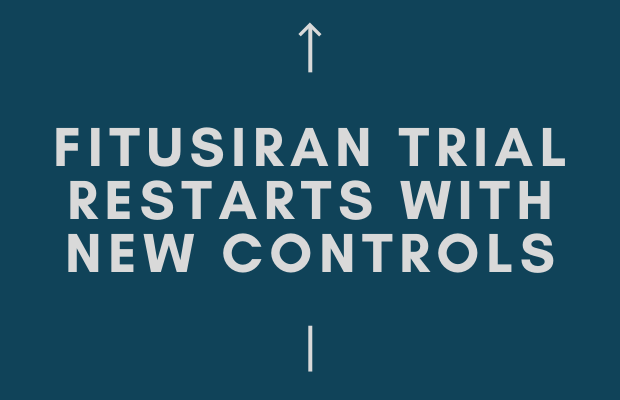 BRUSSELS – During the European Association for Haemophilia and Allied Disorders (EAHAD) virtual congress session on the latest clinical trial, Dr. Shauna Anderson, representing Sanofi, reported on the January 2021 re-start of dosing in the fitusiran phase 3 study.

Fitusiran is an investigational drug for the treatment of people with hemophilia A and B, with and without inhibitors. It is a subcutaneously administered small interference RNA therapy.

Fitusiran acts by lowering anti-thrombin, which is an anti-coagulant, in the bloodstream so as to raise thrombin levels and increase capacity to clot.

The trial was stopped on October 30, 2020 after four thrombovascular events (unwanted blood clots) occurred among the 259 trial participants. Few details have been provided about the cases, though they were not fatal. In an earlier phase of the drug trial in 2018, a patient died after a clot developed in his brain.

Dosing of patients in the pediatric arm of the trial remains on hold.