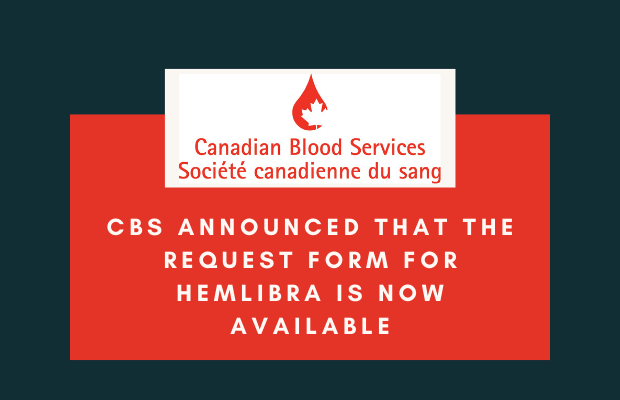 October 18, 2021, Ottawa – Canadian Blood Services (CBS) announced in its October 18 Customer Letter that the request form for emicizumab (Hemlibra) is now available. This is the form used by physicians to request Hemlibra for eligible patients via a Named Patient Contract.

In September, the Provinces and Territories (except Quebec) expanded access to Hemlibra to all those with severe hemophilia A (baseline FVIII level less than 1%) who require routine prophylaxis.

The transition from FVIII to Hemlibra will be gradual over the next several months for several reasons:

The CHS is still waiting for news on when access to Hemlibra will begin in Quebec.

For more about Hemlibra, see www.hemophilia.ca/hemlibra-access.